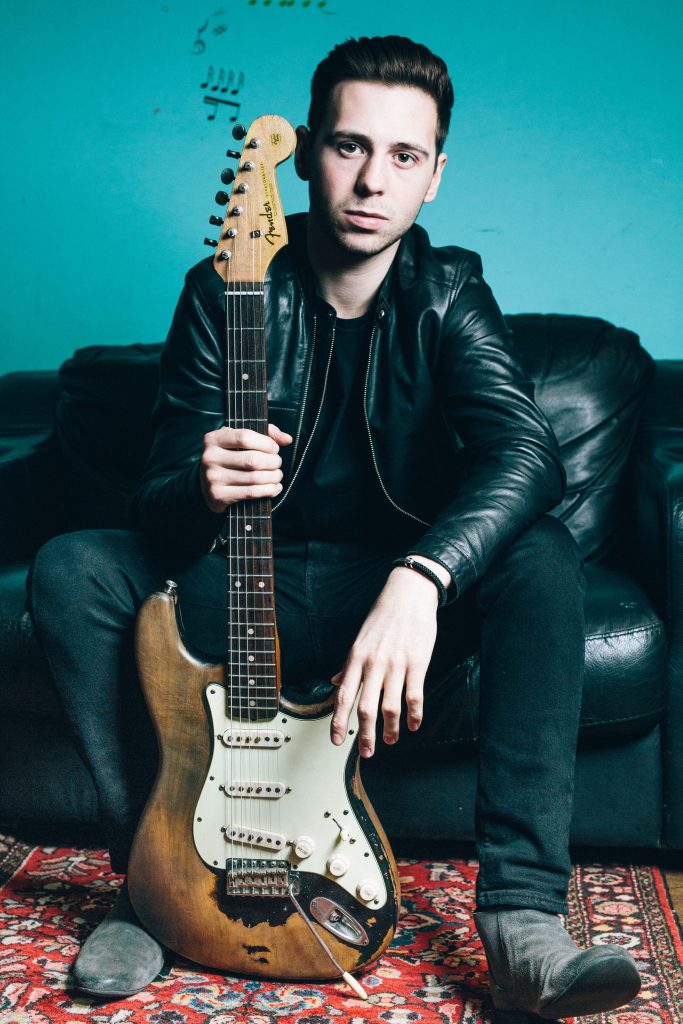 British blues artist Laurence Jones is often labelled “the future of the blues,” but this has to be factually incorrect, doesn’t it?

He’s HERE and NOW – socking it to audiences around the world. Blowin’ the roof off every time.

‘Young Artist of the Year – 2016 by British Blues Awards’

Does that sound like someone working at being “something” and “somebody” in the future? He’s not practicing. It’s not a rehearsal. He’s DEADLY serious and damn good at what he does.

Hailed as “one to watch” as a teenager by the blues media, concert/festival bookers, blues fans and various guitar stars alike, young Laurence really has come of age. The blues cub has become a man with a plan. Turning heads and making jaws drop with his take-no-prisoners, incendiary live set and his stunning records.

Laurence and his crack band – Laurence Jones on vocals and guitars, Greg Smith on bass, Phil Wilson on drums – and Bennett Holland on Keys, put the power into in this four piece band, with their modern day blues rock with an edge. He sings, he plays and he writes – a triple threat – and he does so like a veteran of three times his age. But absolutely no ego. His feet firmly on the ground. You can tell that by the Cheshire cat grin glued to his face during every gig. He LIVES to play that guitar. He LOVES to play that guitar. He just HAS to play that guitar…